After the Berlin Half Marathon our holiday properly began. A group of us toured around the city of Berlin for a couple of days after the race, took a train to Prague and ended off in Vienna before heading back to London where reality awaited us.

It was my first experience traveling central europe and exploring three cities in three different countries with three different languages all in one trip. Such an amazing experience – figuring out the city layouts, the transport, the ‘it’ things to see and do. I loved it. 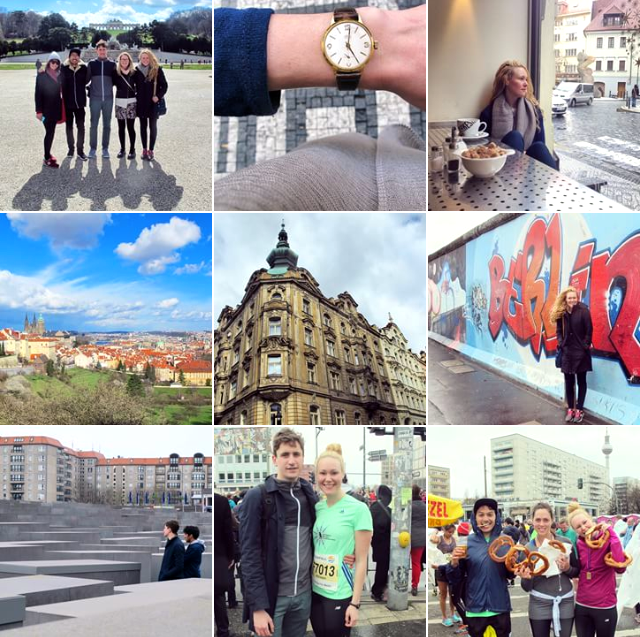 Berlin is filled with monuments and memorials. All the history which the city has endured is very much present in every day scenes now… It serves as a constant reminder of what has been in the past with the hopes that the lessons learned are remembered, and never to be relived.

If you are ever in Berlin, on Day 1 – do a walking tour. We did a free walking tour which started right outside of Brandenburg Gate in Pariser Platz. It is the perfect way to learn about the history of the city and tick a lot of ‘must see’ things off your list. The tour lasts about 3 hours.

Berlin is really spread out – it is a HUGE city. So a transport pass is a must. We saw loads of interesting areas and checked out some amazing cafe’s and late night bars… of course dabbling in in some Curry Wurst and tackling a Pork Knuckle for dinner one evening. 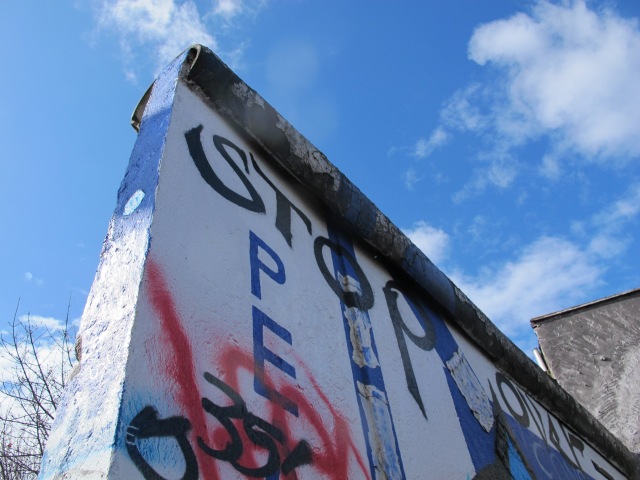 A stunning city. It is small – everything is walkable and it is beautiful. We had 3 nights and 3 day’s planned for Prague but we probably only needed 1 night and 1-2 days… the city is beautiful but there is not much else to experience past the first day of wandering and exploring.

First shock to the system was withdrawing 10,000.00 Czech Koruna (which is around £250.00 GBP) from the first cash machine we came across. Seeing that many zeros is NOT something I’m used to! Buying a couple of coffee’s cost 400 Czech Koruna… to say the least, it was really difficult to interpret how much we were spending (in a good way – a funny challenge that comes hand in hand with traveling and experiencing different countries).

Prague is one of the only cities untouched and completely intact after World War II. The architecture is breathtaking. Here’s a picture of the city along the riverside and Charles Bridge… 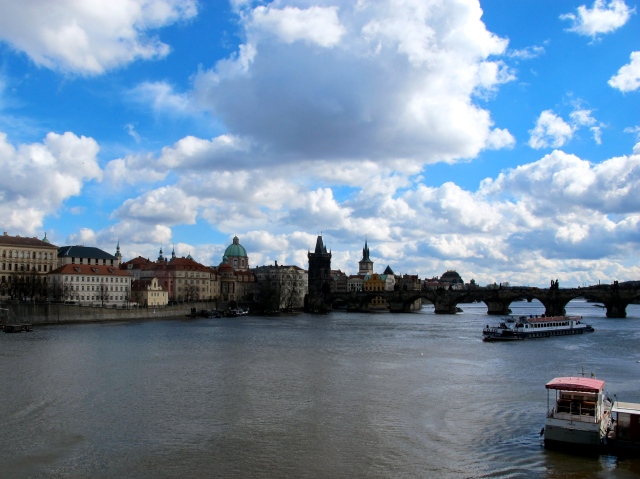 We arrived in Vienna 11AM on Good Friday, dropped our bags off at the hostel and immediately went to visit the famous Schönbrunn Palace. The amount of palaces in this city is just unreal! This one in particular reminded me a lot of Versailles in France.

Imperial Vienna was destroyed after World War II so a lot of the buildings have been rebuilt in a historical way – Priority 1 being the State Opera House. The walking tour in Vienna gave the Berlin walking tour a good run for it’s money! It was really informative and totally captivating.  It was on the walking tour that we learnt how to get tickets for the Opera and the honour system that is involved is just amazing… you literally leave something along the side of the building in the early morning/afternoon of the show and come back for it an hour before tickets are on sale, claiming your place in the queue with nobody annoyed or outraged that you’ve basically just butt-in!!

Another major highlight of Vienna was Naschmarkt where there is around 120 market stands and restaurants for food ranging from Viennese to Indian to Vietnamese to Italian to… you get the point. It was quality food and great way to eat on a budget.

We were sad when the trip came to an end. If we had more time, Budapest would have been the next stop.