She can swim!
She can bike!
She can run!

First triathlon – check! By the time I crossed the finish line of the Crystal Palace Sprint Triathlon I felt a little underwhelmed… ‘that’s it!?’

Dan’s been racing in triathlons for over three years now and I had actively avoided it until this year. I’m not saying Triathlon is easy (by any means) but it is certainly not scary like I expected it to be.

Overall I finished the race in 1hr and 25minutes and placed 8th in my age group! Really pleased with that!!

A WEEK BEFORE – the tri suit panic

I knew well before even signing up for triathlons that I’d have to buy some form of triathlon kit for racing… what else can you swim, bike and run in? Nothing that I own!

Yet… I find myself six days away from the race without any kit and nothing ordered online. Time was running out… Luckily for me, Tri London had some extra tri suits available for club members to purchase and I was able to grab one in time for the race.

I did have my eye on the Sweaty Betty tri suit but I wasn’t sure I’d have enough time to get to a store before the race… I also hadn’t had the chance to read reviews about it to see if it was as functional as it is cute >> link here.

A night before – the bib panic

After laying out all of my gear, I started to think… how do you swim with your number on? Answer: you don’t. You need a race belt or a t-shirt (with the bib already pinned on it) which you put on in transition.

Had I known that, my ‘tri suit panic’ wouldn’t have been such a big deal, I could have just raced with a t-shirt from transition – which isn’t uncommon. Since I now have a tri suit… instead of racing with a top on, I macgyvered a race belt using a Garmin heart rate monitor belt and safety pins. Crisis averted.

minutes before – The nervs

My bike is in transition with my shoes, helmet and race belt all laid out for me after the swim… I’ve got my swimming cap and goggles on and the timing chip around my ankle… now I just have to race. I tried to get excited but the nervs really did start to settle. Swimming is just so not my thing!!

I’ve jumped in the pool and I’m ready to go! I set off on my first length of the 50m pool and as I approach the end I reach for the ledge to turn and go back again… anddddd that’s when it all went wrong… there was no ledge in arm’s length and I had to do an awkward ‘bob’-‘turn’-‘push’ sequence instead. This really threw me off… every turn was slow, awkward and probably really painful to watch. As a result, I didn’t get comfortable during the swim and felt like it was a bit of a struggle.

I wanted to finish in 15 minutes but instead I completed the swim in 16:24 and got passed by two athletes that started after me.

The Bike – counting to nine

The bike route is nine laps. When you speak to athletes that have raced the Crystal Palace Triathlon before, they’ll tell you that the hardest part of the race is counting to nine. There are all sorts of tactics which work for different people… the most common advice I was given was to simply rack the distance. When you get close to 20km, pull into transition.

So, I used a Garmin watch to track the distance andddd just my luck, the satellite didn’t connect properly. I knew I had done 4 laps (nearly half the total distance) so I was expecting to see around eight or nine km’s on my Garmin… instead it said 4km. Plan B – count.

I often lose count when I start thinking in different context… usually this is to mentally justify my actions… like ‘only 2 more laps after this one’ and then you come around to your next lap and think how many was that then? 1 more left is it? No, 2. So I set the scene and told myself I’d count in the following context: ‘this is lap X’. So this is 5, this is 6 etc etc and not ‘that was’ or ‘this is how many are left’. Congratulations Allison you can count to nine! 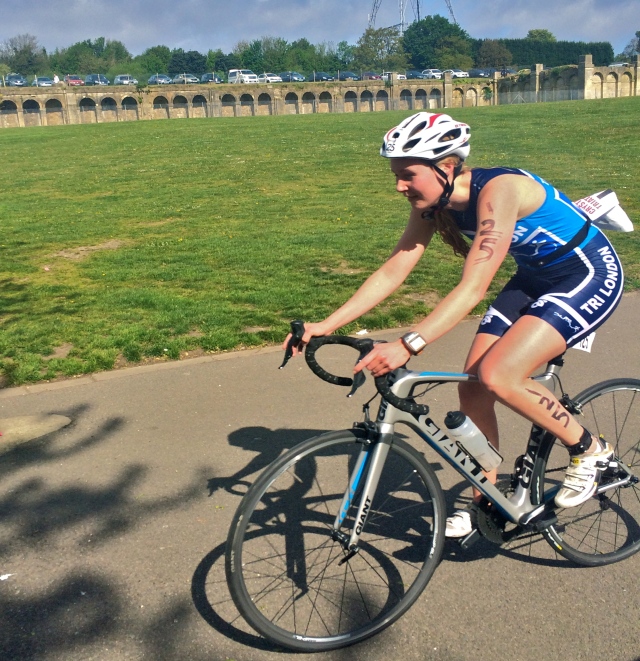 The Run – What legs?

It was really difficult to judge what pace I was at during the run. At first, my legs felt useless – all heavy and mushy after the bike. It felt like I was running really slow but I couldn’t go any faster. The run was two loops, so after the first loop was finished my legs felt like they were coming back to life – my breathing as well. 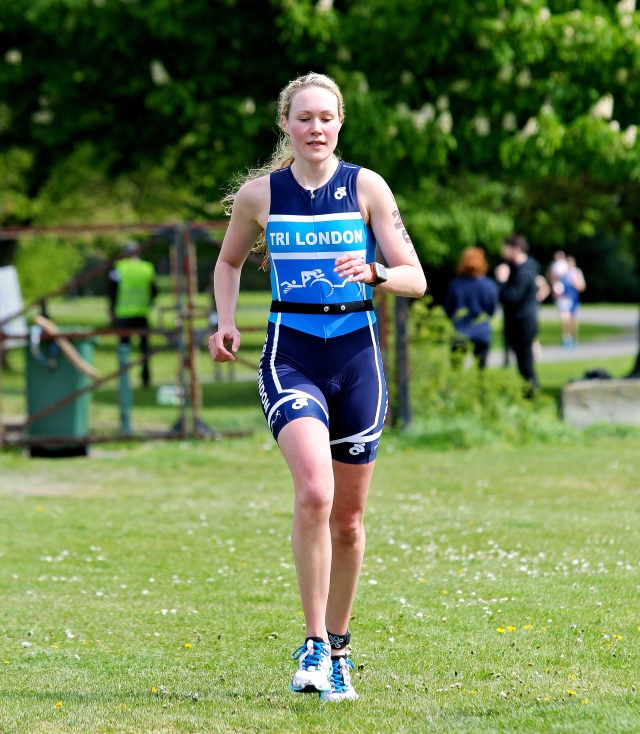 What a relief! My first triathlon, done. It was tough but I really enjoyed the challenge. Best part of the finish line was all of the Tri Londoner’s cheering you on. What a day!! 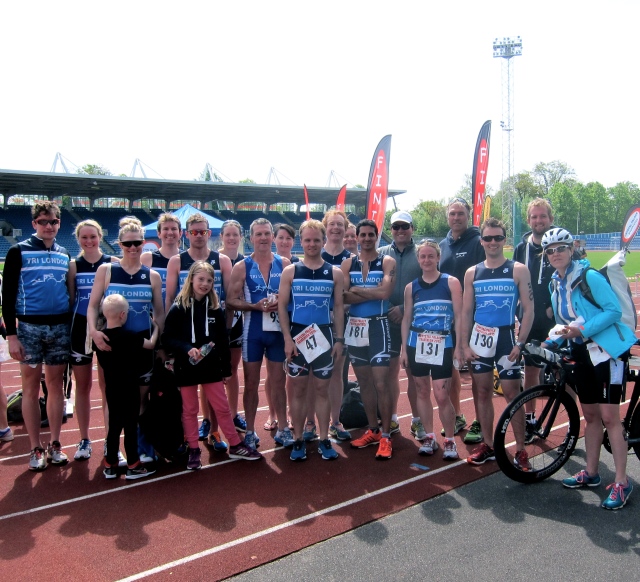 Dan finished in 1hr and 9minutes and ranked 6th in his age group, finishing 18th overall. Last time he raced at Crystal Palace in 2014 he finished in the exact same time! Considering his rough start to the year (with surgery in January), I think he should be really pleased with that!For the record – he’s not pleased… but this is because he so competitive he doesn’t even consider the surgery as an excuse for his performance this year.