25 weeks ago, I wasn’t feeling very well and decided that it’d be a good idea to scare myself back to good health. I sat down and signed up for Ironman 70.3 Zell am See-Kaprun with the logic that ‘I’d be there anyway [cheering on Dan at World Champs]…. so I might as well race it!’ (this moment was captured on Instagram here).

And the rest is history — after all that training and nervous energy, the race is over and  I am officially a finisher of Ironman 70.3 Zell am See-Kaprun! 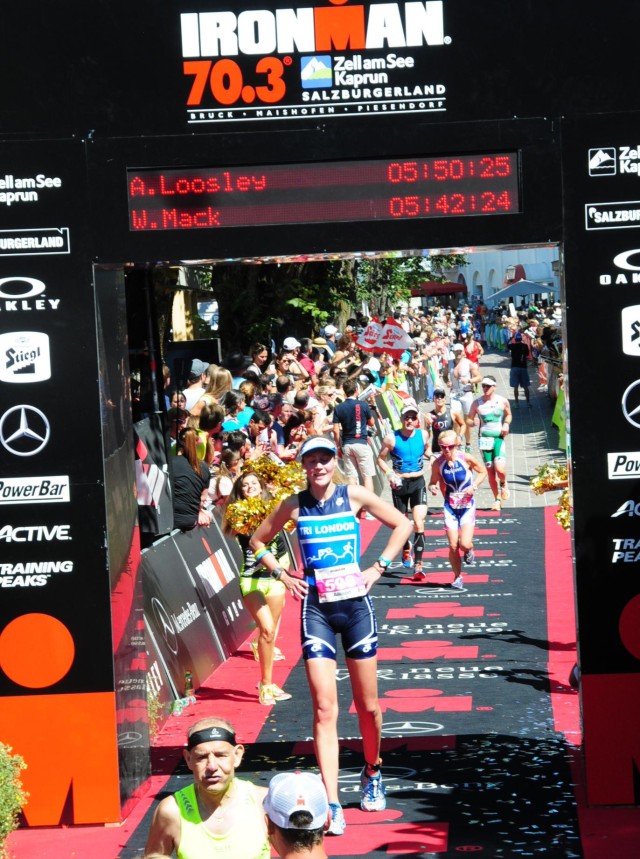 Leading up to the race

Never having done a race this long before (of any nature) I wasn’t feeling very confident that I had done enough to be ‘race ready’. I was really nervous during my taper and leading up to our final few days before traveling to Salzburg, Austria.

Just before boarding our flight to Salzburg I prepared a reading list on my iPad… I wanted to read everything I could about the race (the course, transition area, bike check in, registration etc etc). As soon as we landed, I immediately it felt ready.  I sort of had to be… I mean, there’s literally nothing else I could do to further prepare for this race, which is now only 3 days away.

We landed, picked up the rental car that Dan’s mate Sam rented and proceeded to stuff three bike boxes, three people and three pieces of luggage into it; off to Zell am See we drove. The country side in Salzburg is stunning and so is Lake Zell. For the next three days we simply enjoyed the downtime… went for a few small swims, rides and runs , drove the course and just enjoyed the scenery really. It was actually really relaxing! We obviously took the trip quite seriously…

So here it is…. my first half ironman race report

Firstly, we had a false start. Athletes from all over the world were at this event, speaking all sorts of languages of course. The announcers were getting the fans revved up and had decided to do a cheer coordinated in German. This was less than a minute before we were expecting to hear the gun to set us off… ‘EINS, ZWEI, DREI…’ and the fans cheered ‘WOOOOOO!!’ At this point, literally all the non-German speaking athletes that were clustered together assumed that this meant ‘Go’, and go they did. It took two safety boats and a kayak to stop the pack and turn them around – delaying the race by about 5 minutes.

After a short wait at the start line – we were off. It was extremely hectic for the first half of the race; I could feel the panic trying to settle in and just focused on moving forward knowing that it will get better as the race goes on. I tried drafting off people as best as I could but couldn’t seem to stick with a pack until the final 600m of the 1.9km swim.

I’m glad now that I have had a few bad swim experiences under my belt before tackling a race this big. It was hectic and uncomfortable, but I dealt with it much, much better than my first open water experience back in May. I have definitely come a long way in that department.

Out of the water, I was ranked 28th in my age group.

This time last year, if I went for a 90km bike ride I would have had to take a 2hr nap afterwards. This was probably my biggest worry going into the race – did I have enough fitness to cycle 90km and be able to run 21k’s afterwards? It was strange not worrying about the swim for once.

The bike course was flat-ish, with the exception of one massive 13km climb. This is the longest climb I have ever done. It was a full 50 minutes of climbing… meaning nearly a third of my time spent on the bike was spent going up hill (to check out the bike course elevation, click here). I kept thinking to myself… ‘I still have to do a half marathon after this!!? Like why have I signed up to this?’

The silver lining of going up hill for so long is the decent you get when you finally reach the top – now that was fun. So I went up, down and still had around 40km left of the bike… any hill I met on the last half of the course was climbed very slowly… I didn’t have much power left in my legs at this point. I’m still really happy with my time, I didn’t need a 2hr nap afterwards and I was able to move up in the ranks by a few spots, so I couldn’t ask for much else! 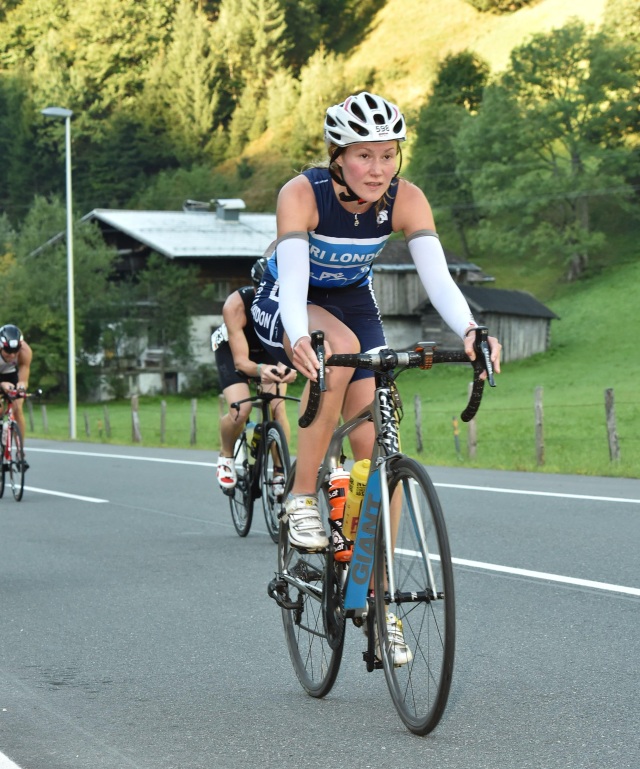 I have never been in so much pain during a race than I was at the beginning of this run. My legs were screeeeeeaming at me and I truly had no idea how the run would play out.

First 5k, were Ok… I was coming to terms with how uncomfortable this run was going to be and how hot it got. The middle 10ks were brutal; it was hot, my stomach was feeling horrible after eating so many gels/drinking a ridiculous amount of Coca Cola at the aid stations and I was getting mentally worn down. I saw my watch with about 6ks to go and had a bit of a scare. I suddenly realised that if I don’t pick it up, I might not finish the race in under 6hrs. I was able to pick up the pace enough to finish in 5:50 and I couldn’t be happier with the result. It was tough. But it was so worth it when I crossed the finish line.

There were loads of locals shouting German cheers to athletes along the course. It was such a good experience and I’m definitely going to sign up for another Ironman 70.3 in future. I think middle distance triathlons might be my favourite distance even!

Balance. I enjoy training and gaining fitness for a competitive goal but it can quickly consume me and become my only focus. It is officially offseason now… so my goal is to keep fit, enjoy downtime and try some different group fitness classes. Next year, I’ll be gunning to improve my triathlon results.

Thank-you to everyone for all the good luck wishes and support this year!! I really enjoyed my first year of triathlon.