2 weeks, 2 flights, 5 time zones, 3000 miles on the road and countless Red Bull’s crushed… where do I even start? Crewing the Race Across America was an experience unlike anything else.

I thought I set my expectations fairly well going into the race, but there are something’s in life you can’t prepare for without first hand experience… and RAAM is one of those things.

We were all rookies on the RAAMIN4Charity team…. even though we knew no rookie team had ever won RAAM, I don’t think we fully realized why that was the case until we started our journey from Oceanside, CA to Annapolis, MD in what is known as the world’s toughest cycling race. Less than 6 hours into the 6-day race, I had a lot more respect for that statement.

Going into the race I had the mindset that following 4 riders in a car at roughly 25 mph would be a relatively mindless task with relatively little responsibility… I mean I knew we had to be familiar with all the RAAM rules and that it would get tough when sleep deprived etc. but i didn’t realise just how much the riders would need to rely on the crew until about one day before the race.

Crewing RAAM is so much more than a driving shift. As a crew member, you are constantly engaged in the race and fully responsible for everything except physically cycling.

I remember sitting in our follow car at the start line when the reality of it all sunk in…. I thought to myself over and over again, “why did they trust me with this?”! Meanwhile, I gave Dan a thumbs up and a big smile pretending like he and our riders could have confidence in me navigating the first stage of the race. 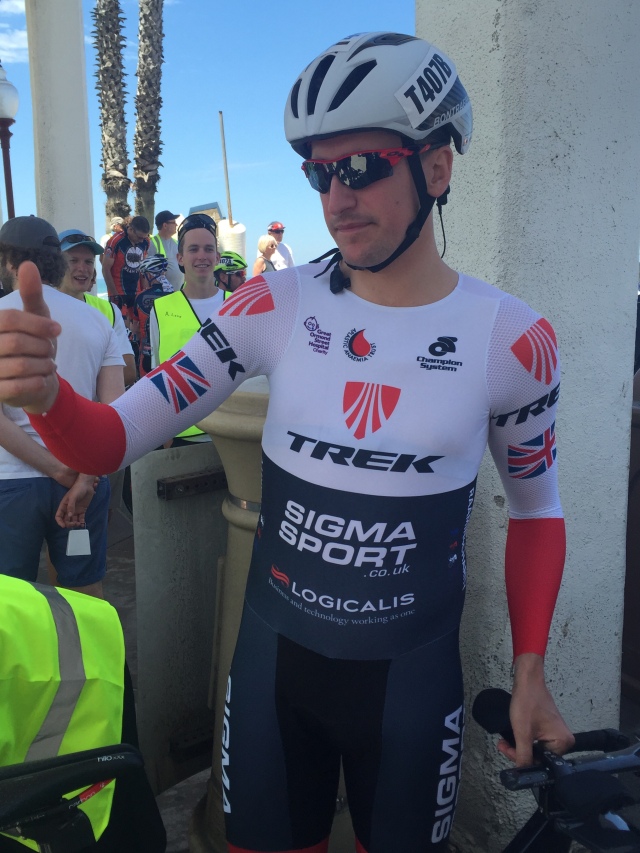 I saw first hand how much Dan prepared for RAAM – countless hours on the bike and months of dedicated training – and then here I am, feeling totally under prepared yet somehow responsible for getting us to the next point of the race.

Cell phone reception was in and out constantly and the RAAM route was so specific that there was no way I could use my iPhone and simply follow the blue dot on my maps app like I’m used to… the riders didn’t have the route on their Garmin devices and there was no way of getting ahold of the riders if we went off route at the start. Basically, there is so much room for error, the stakes are high, and here I am sitting in the front seat of the Follow Vehicle with written instructions of the route and reputation for having no sense of direction. Great.

I had a massive adrenaline rush for the first 6 hrs – focus was at extreme levels as I got used to the route book and we settled into the first stage of the race.

Now in California, Arizona and Colorado it is against RAAM rules and against the law to directly follow a rider during the day. This meant we were having to drive past and stop up ahead of the rider, then wait a 5-10 minutes after the rider past us to then do the same thing again… they call it ‘leap frog support’. This would be fine if our riders knew where they were going… or if our radio system from the support vehicles to the riders had a larger range. But unfortunately neither was the case and we seriously struggled with communicating directions to the riders in the first 48 hours of the race. We had to do a few U-turns, some worse than others, but all of them costing us time.

When this happened, it was a massive hit to moral. Everyone felt it. As a crew, we knew we were costing the riders time. And it sucked.

There was nothing we could do about the range of our rider comms or the rules of the race. As a crew we needed to learn how to work with it, and as the race progressed we did. This is, in a nutshell, what RAAM is…. unpredicted obstacles and clever workarounds to keep the wheels rolling in the right direction.

We were all victims of sleep deprivation, lack of decent food, heat stroke and hydration wasn’t just a threat to the riders, and we were all passionate about the outcome of the race… so ya, there were a few meltdowns, a few broken souls, a few zombie-esk moments. Apparently I developed a very intense ‘resting bitch face’ which took a week after the race to resolve itself (apologies to anyone and everyone who had to be on the receiving end of that!).

We did have a safe word in place though – it was “hedgehog” haha. Anyone who needed to be left alone could say the safe word and with no hard feelings or mention of it afterwards could be left alone to have their moment. No one actually used the safe word, but we all had a ‘hedgehog’ moment or two, and there was a mutual acceptance of it.

We were 13 volunteers all separately talked into crewing RAAM by one of the four riders. We didn’t know each other, but we all had one thing in common… we are all crazy enough to spend 10 days holiday in a car with strangers driving across america for six days straight whilst following men in lycra on a bike. There’s only a certain type of person willing to do that.

It is honestly so hard to explain everything we encountered during RAAM. It was an amazing experience with some pretty fantastic people and an incredible achievement by all. Very proud of our whole team. As a rookie team, we finished RAAM in 3rd place (2nd place in our category) and in 6 days and 6hrs. Absolutely freaking amazing.

And on top of it all, we have raised £35,718.69 for Great Ormond Street Children’s Hospital and Aplastic Anaemia Trust charities. If you would like to support our efforts, you can donate here too.

Thank-you so much to everyone who has supported us in this endeavour; whether it was by donation, sponsorship, sending a message of encouragement or sending a funny video to help us through the tough times of the race, it is all so greatly appreciated and it makes all the difference on so many levels. Thank-you.

Here are a few more pictures of the race. There will be a video posted on our facebook page later this month too so if you haven’t subscribed to it yet, be sure to check out our page. 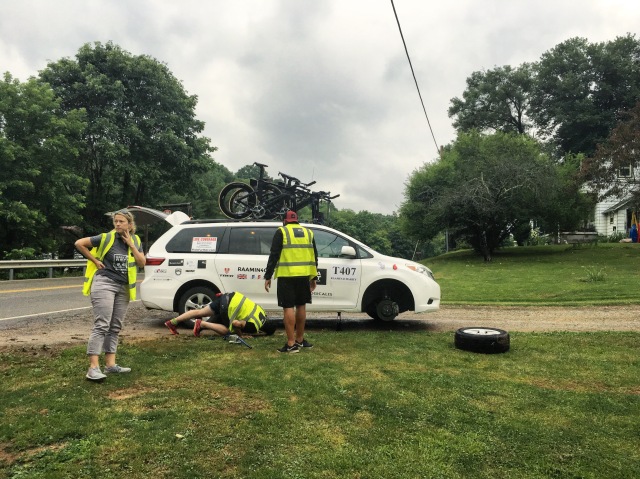 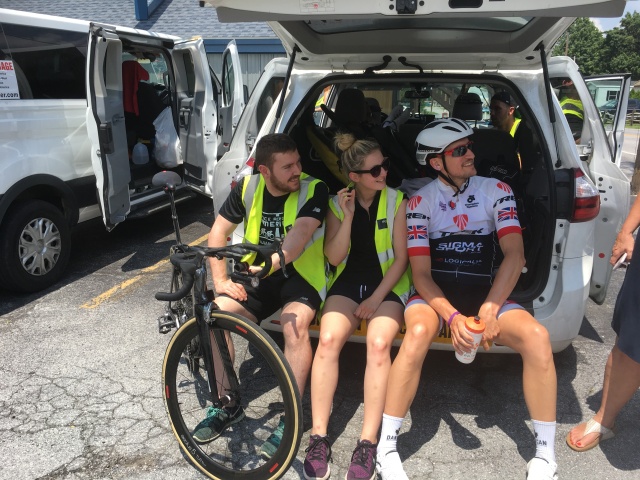 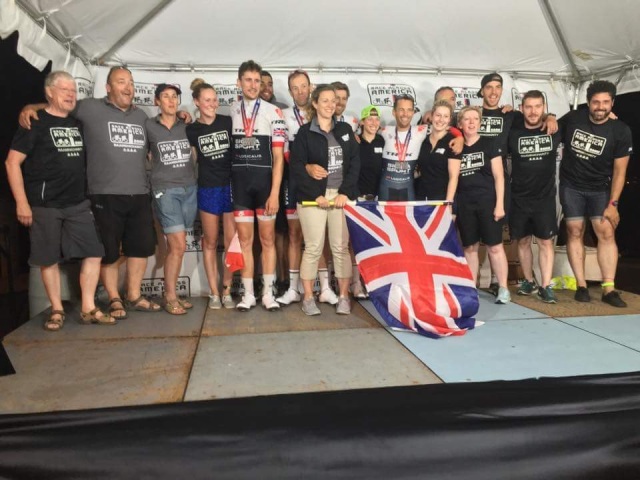 One response to Crewing the Race Across America